The Fifth Column
​Where the Garment Gaps Exhibition
​The Triangle, Manchester, UK,  2009.

“Here in a crack in the metropolis scrawlings, traces, objects, photographs, film and sound can be experienced. ‘The garment gapes and hints at what is hidden underneath. Between the contradictions are the gaps, reappearing and disappearing meaning, creating a texture of interpretation, a tissue of sensation.' This is a show of new work by artists from the MSoA Fine Art MA.”  (exhibiton catalogue text, 2009). 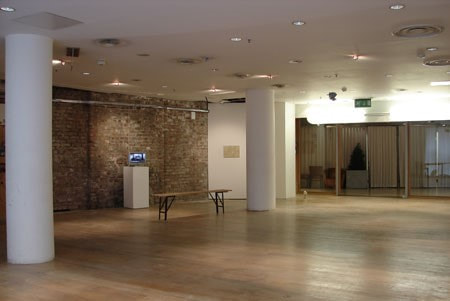 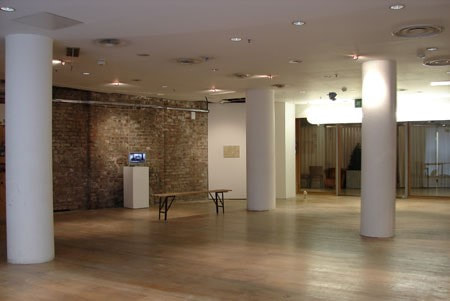 In The Fifth Column I for the first time approached the gallery space as a whole and responded with a piece designed to activate and stimulate it into a new and whole experience. Within the exhibition space there already existed, what purported to be “architectural” columns. However on closer examination I realised that they were indeed hollow, mere architectural facades. This fascinated me; the idea that something like the architecture of a space, which is supposed to be there for a reason and controls the way that people operate in a space, was not what it appeared to be. In response to this I came up with the idea of replicating another column and adding it to the space, but this one had to be more than just another facade, this one had to address the inconsistencies of the existing space and highlight them for the observer’s consideration.

This idea was achieved in two ways; the first one which was by the simple omission of the pieces exact nature from the exhibition guide.  The pieces name, my name and the materials used were listed but not the pieces form, dimensions or location, thus leaving the observer free to question exactly what I had added to the gallery. The second way was by the expedient of moving the column to a new location within the gallery on a regular basis; thus questioning the permanence of architecture and constantly changing the exhibition and the visitor’s experience of it.
Proudly powered by Weebly