Once this idea of affecting a space and how people use it was born for me, I began to take more time to consider how people utilise spaces but without really being aware of them. My site-specific installations/interventions are often ways to make anonymous spaces speak for themselves in that, as far as possible I employ pre-existing features of a space which I then define, enhance or exaggerate. 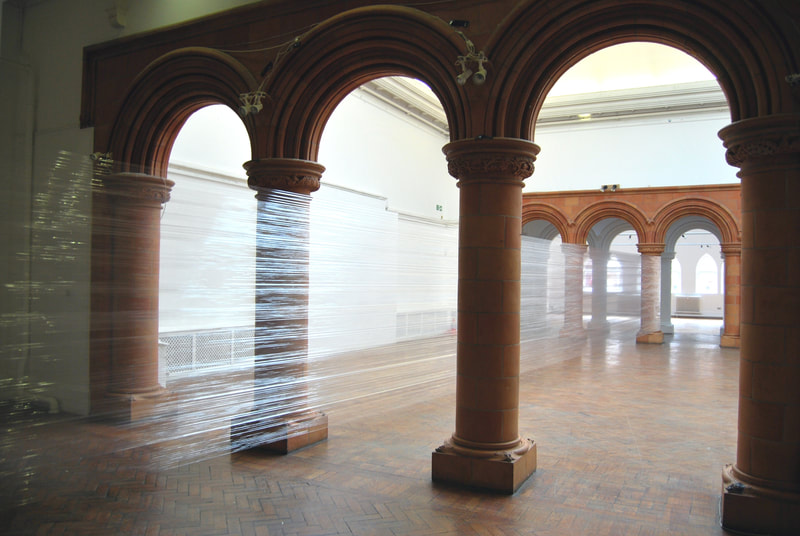 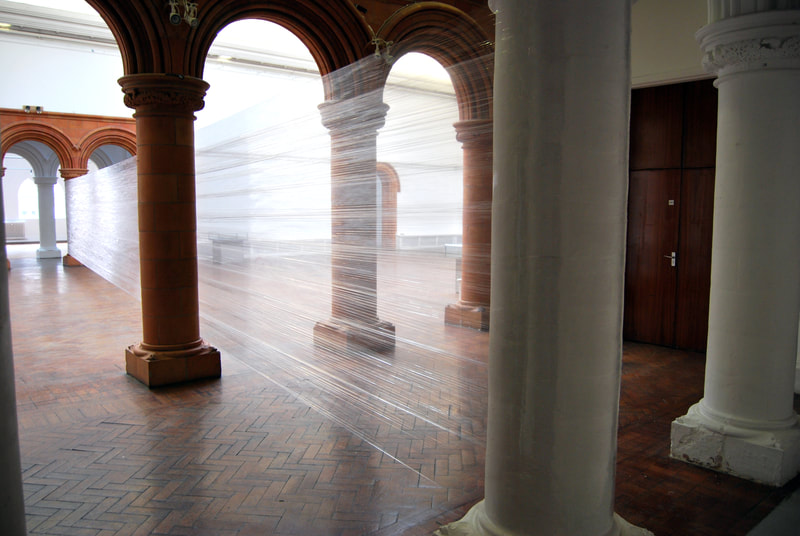 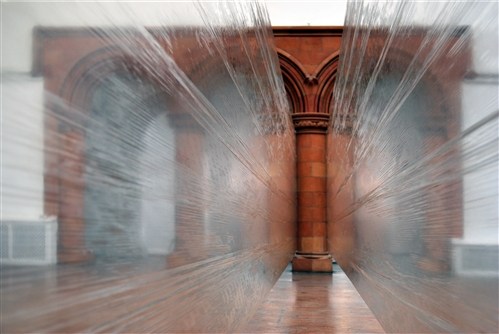 'Tension’, although it includes the addition of a ‘foreign’ material, the cling-film, is a good example of how I attempt to make a space speak, or in this case shout, by disrupting people’s daily usage of it. The Holden Gallery, although being an active and popular art gallery, is also a central space and busy thoroughfare around which many university departments and offices are arranged. Navigating the space are many desire lines connecting the shortest routes from As to Bs; to dislocate and inconvenience these journeys, especially by making an intervention from the most flimsy, transparent and disposable material I could access, would make people both re-evaluate the gallery and its raison-d’etre. The art gallery that people normally walk straight through without a thought, now has a wall across it, a wall which is also a piece of art. A wall made from such a material that, although, in itself, has no intrinsic value and could be swept aside with one finger, must be respected owning to its status as art.
Proudly powered by Weebly