The cubical space was very much the starting point for this piece, it's height, width and of course its previous function as a shower, all began the thought process for the installation. Having said that, to the greater extent the piece came together very organically. As I mentioned previously  I had already been experimenting with passing various materials through paper shredders. 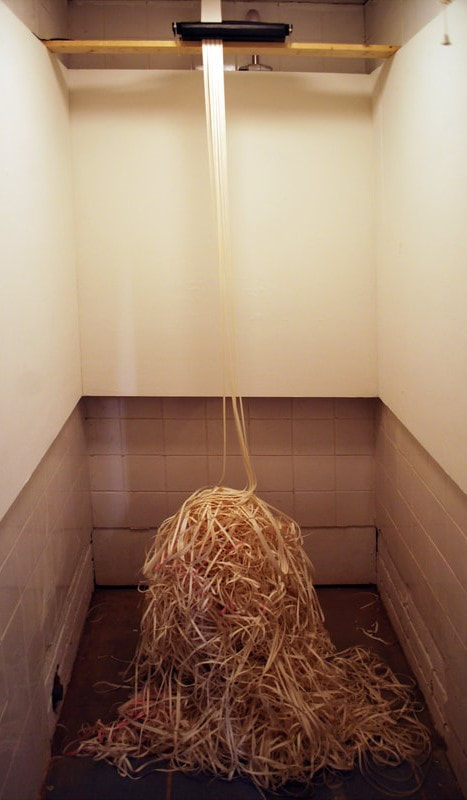 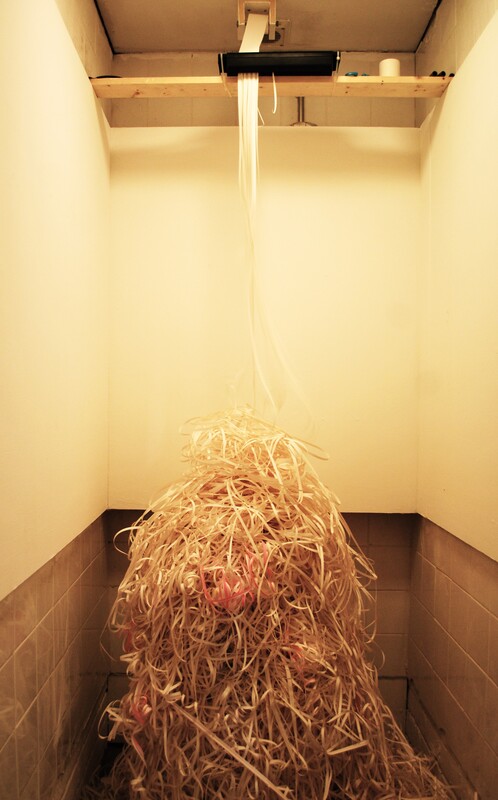 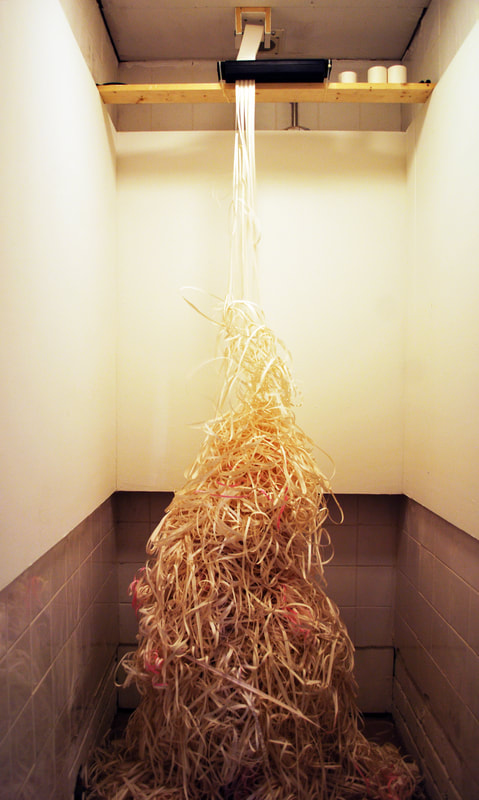 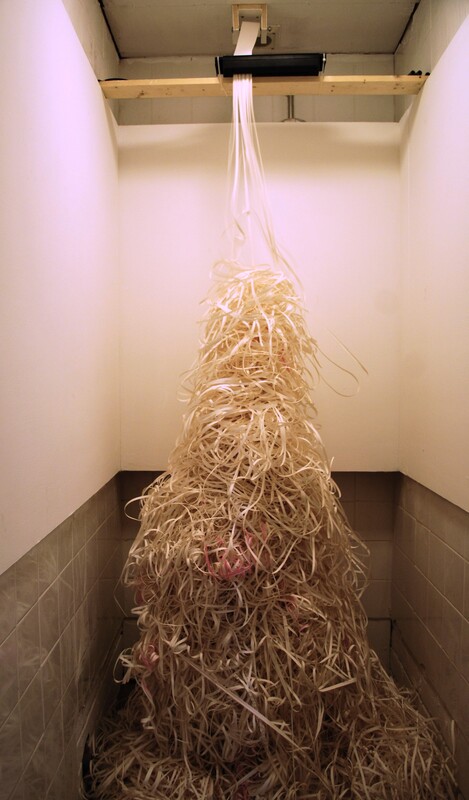 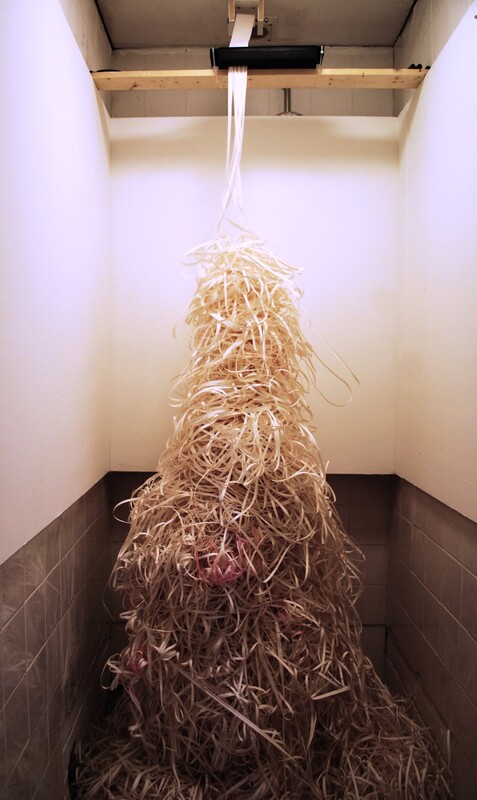 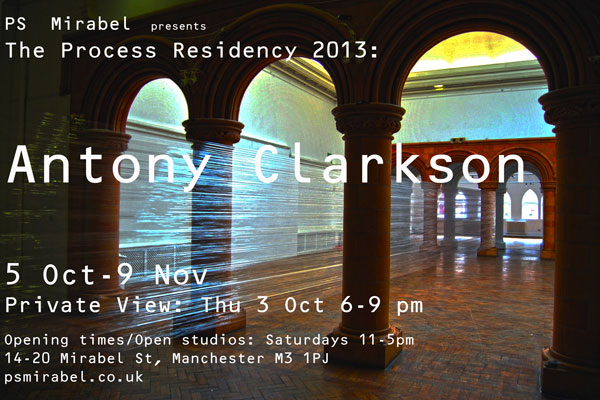 This included paper plates and plastic cups; I also had a box of receipt rolls which i had experimented with but was saving for a special project like this one. Putting all 3 components together, the space, the shredder and the paper rolls, allowed the piece to almost create itself.

Initially the shower of paper cascaded into a waste paper bin, but I allowed it to overwhelm this and form the escalating mound shown in the images above.
Proudly powered by Weebly