Composition in White (Sculpture)
​The Breathe Residency
Sichuan Academy of Fine Art
​(Sculpture Gallery),
​Chongqing, China, 2012.
​
After talks with the gallery Directors I was commissioned to create a new situation-specific installation which would be unique to the Sculpture Gallery of the Sichuan Fine Art Institute. At the time of this initial visit to the gallery in was hosting the final exhibition of work by the academies graduating degree students containing a varied selection of fascinating pieces all presented on the statutory anonymous white plinths. 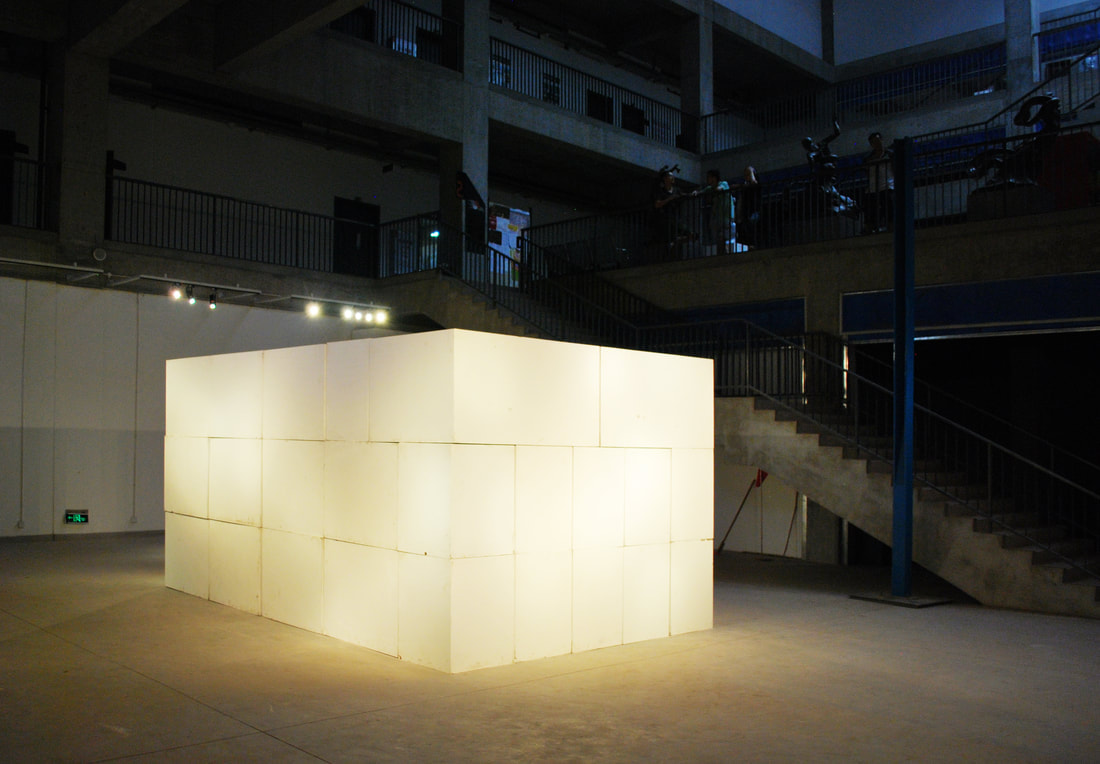 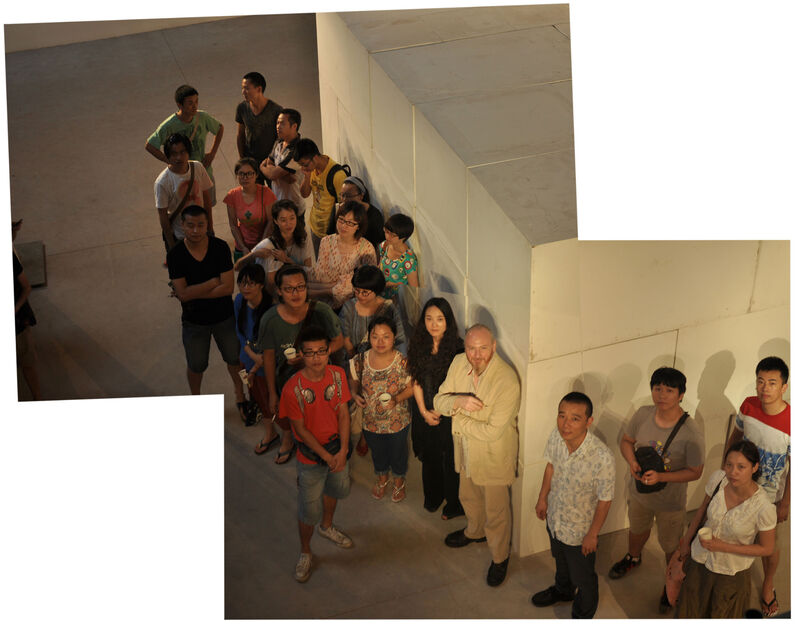 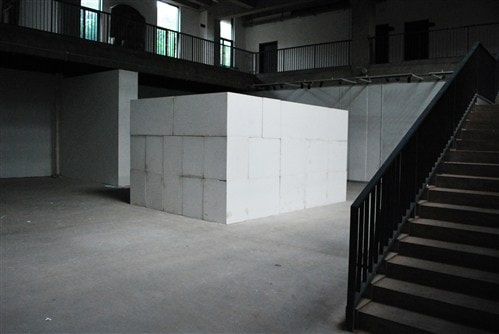 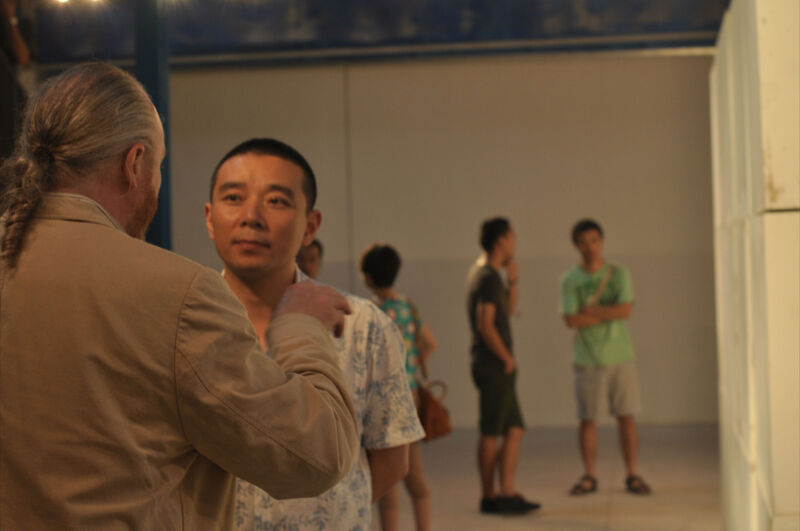 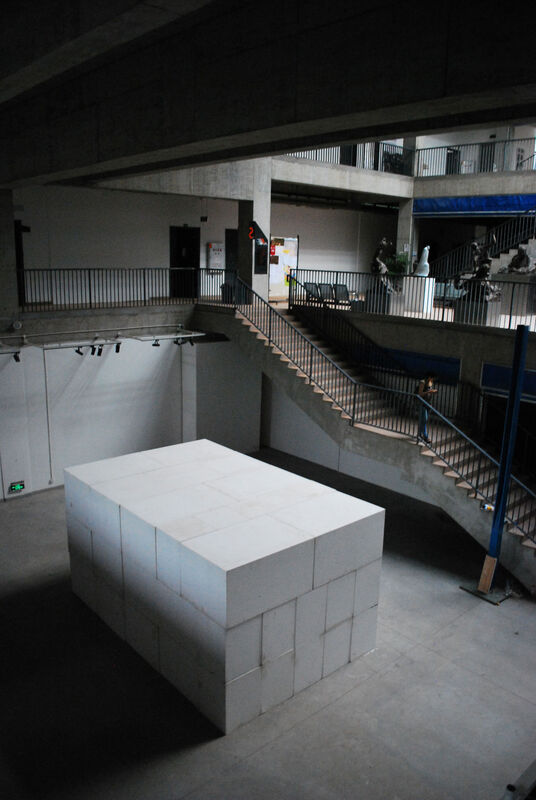 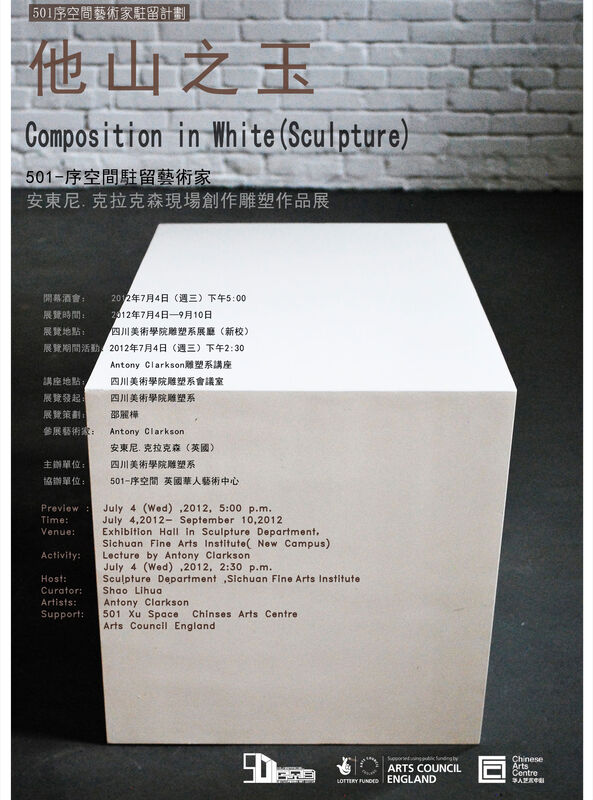 ​On my return visit all the sculptures had been removed leaving all the plinths in situ, each one covered in a fine layer of dust, except for the the void left by the base of its previous resident. These voids once again returned my thoughts back to the relationship between a sculpture and its plinth. ​In 2009 when I created 'Sculpture & Plinth', from a found object, I was concerned with creating a singular piece of work which emphasised the idiom of wholeness. The piece would only utilise the components of the file drawers which I had found, whilst at the same time consider the natures of both the sculpture and its plinth as a single entity. Here, at SFAI, a similar relationship was my concern but this time it involved all of the galleries plinths, the gallery itself and what happens if an artist puts a plinth upon a plinth?

​Opening in early July 2012, the piece was originally due to be exhibited for two weeks, this duration was extended on 3 occasions with the work finally being shown for 4 months until November 2012 to allow the academy's new and returning students to study it in more detail.
Proudly powered by Weebly