The residency space at the CFCCA is perhaps the most interesting which I have ever lived/worked in. It is that,  a true live/work space in the most real terms of the expression. The living/workshop/gallery space is actually a double-height space, some 4.5-5m high. Halfway up one of it's walls, at first floor level. is a doorway accessed by a steel ladder bolted to the wall leading to a small, functional bedroom. It was this spatial relationship which inspired Someone Else's Storey. 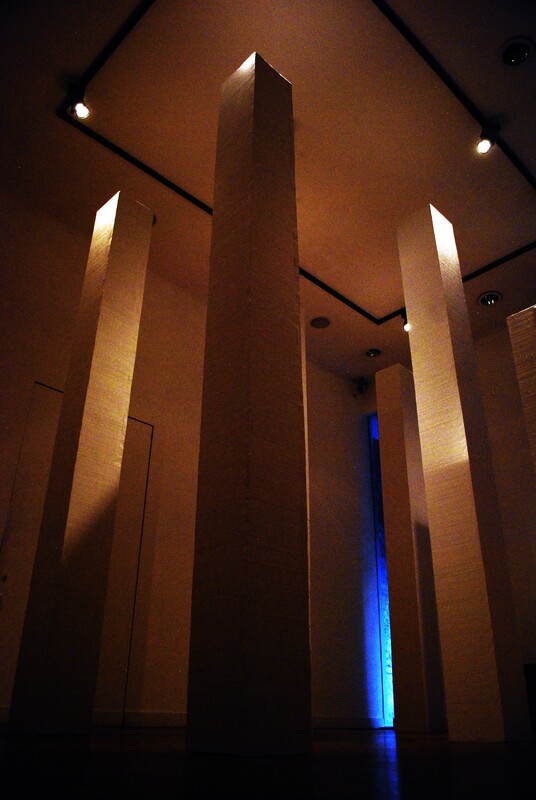 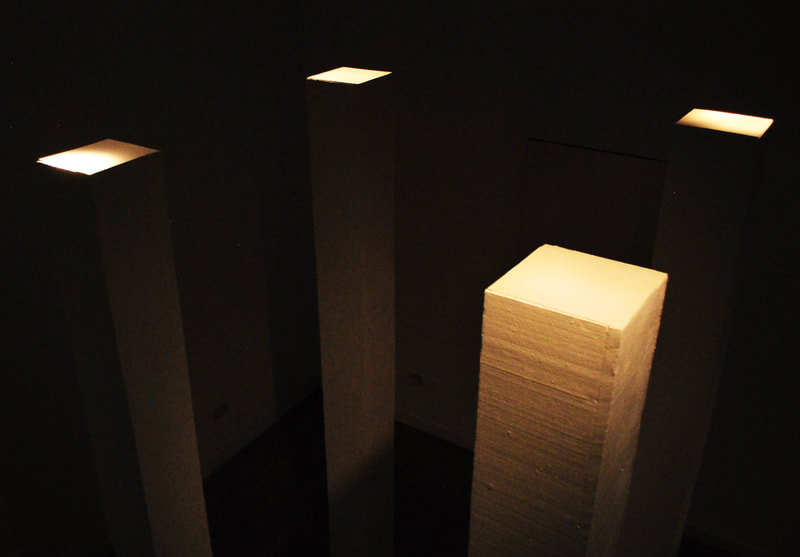 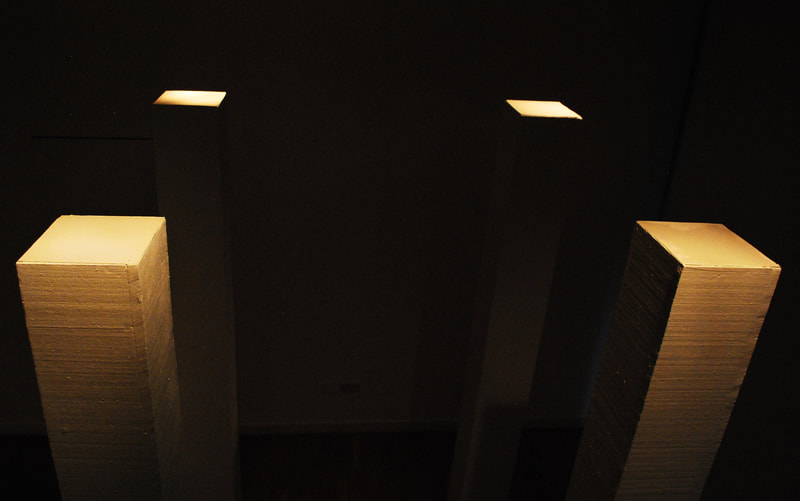 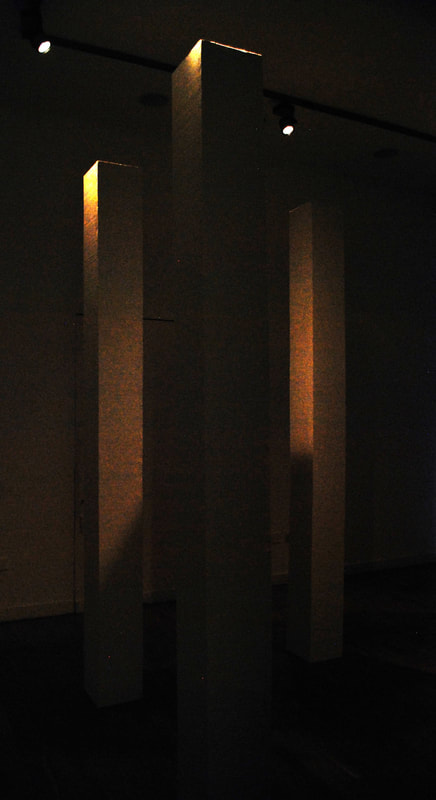 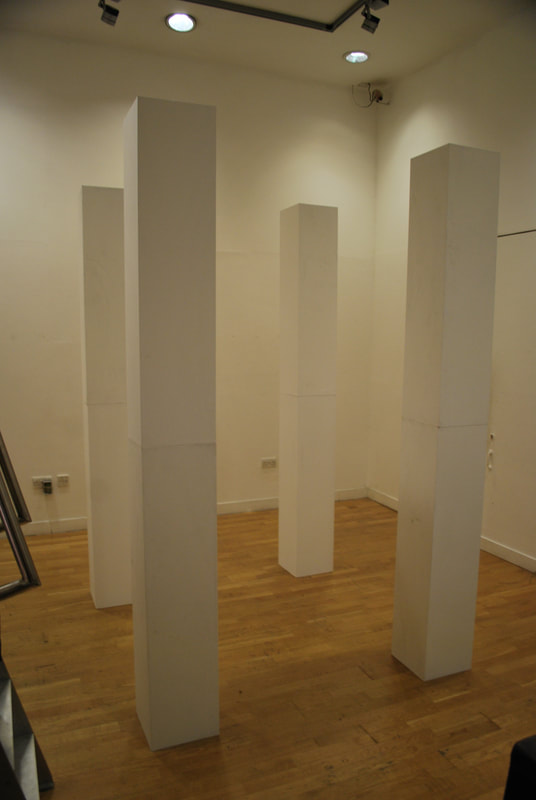 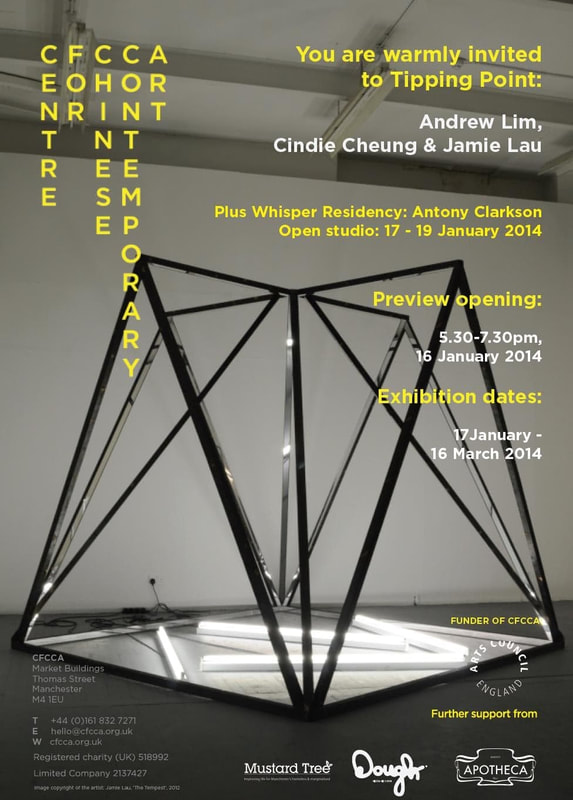 From the top of the steel ladder I really began to appreciate exactly how the space functions. In a double-height space in could be said that half the volume of the space is wasted. There are two rooms stacked one on top of the other, but the upper one cannot truly be utilised from floor level, it belong to some other being, the proverbial someone else, who can occupy that upper space.

Having worked with the exposition of art, and particularly the functionality of plinths, for my installations on the Breathe Residency in China I was already aware how such things operate in a normal gallery space. Bringing ordinary height plinths into this double-height space really accentuated the tremendous height of the gallery, which was interesting, but I really wanted to communicate with this other, higher storey. My next experiment  was to stack plinths upon plinths, just as I had in China. Although this fell short of the needed height it did tell me that my thinking was in the right area and that what I really needed to do was produce a series of monumental plinths, over 3m tall which would take the display surface up to a functional height for Someone Else's Storey, as I now referred to this upper space.  Concentrating all of the gallery's lighting onto just the plinths display surfaces really drew the observers attention to where the art was.
Proudly powered by Weebly