I found the 501 Artspace's gallery to be a uniquely calming space, housed as it is in an old munition’s factory in Chongqing, the world’s biggest municipality of some 30 million inhabitants. The Artspace itself sits between two worlds, our, now outdated, view of ancient, romantic China and this 21st century urban sprawl. The building is entered from a bustling main road, where seemingly all of China is gathered together, but the small widows high in the back wall of the gallery space open onto an unseen garden full of birdsong and light. ​ 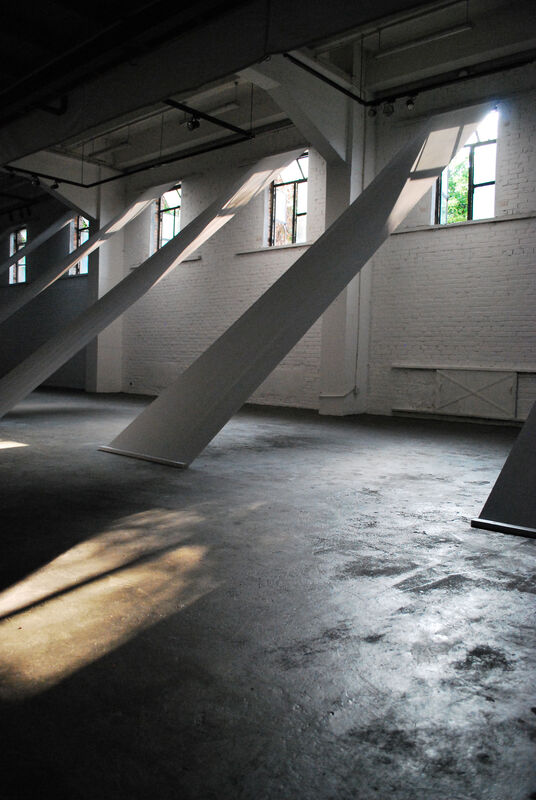 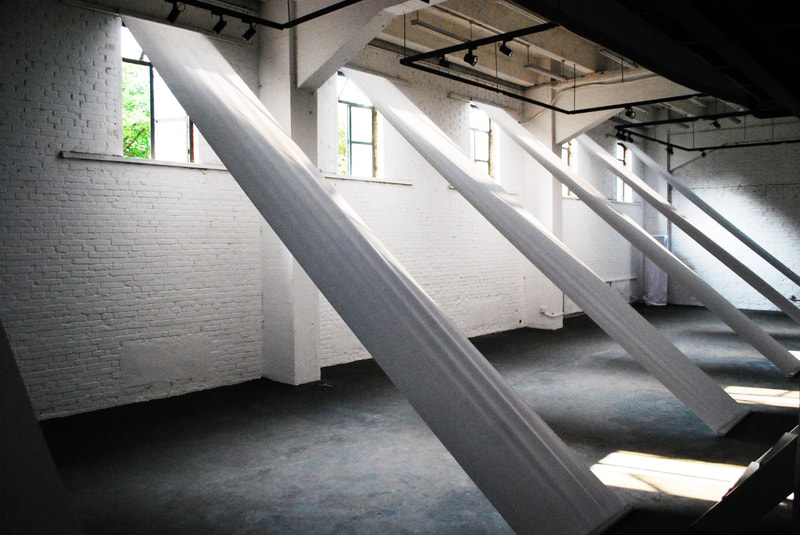 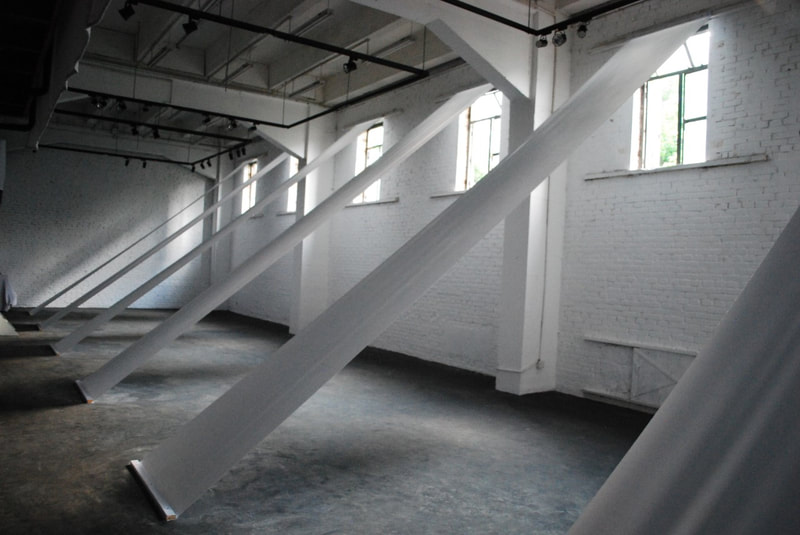 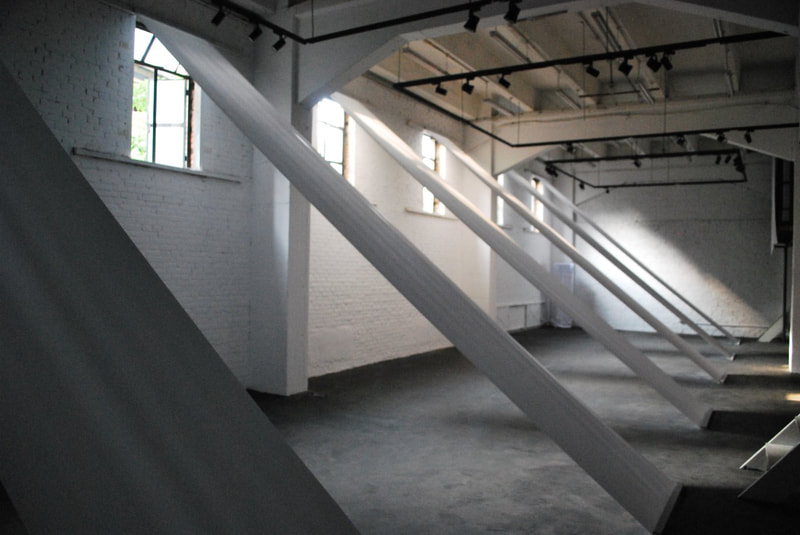 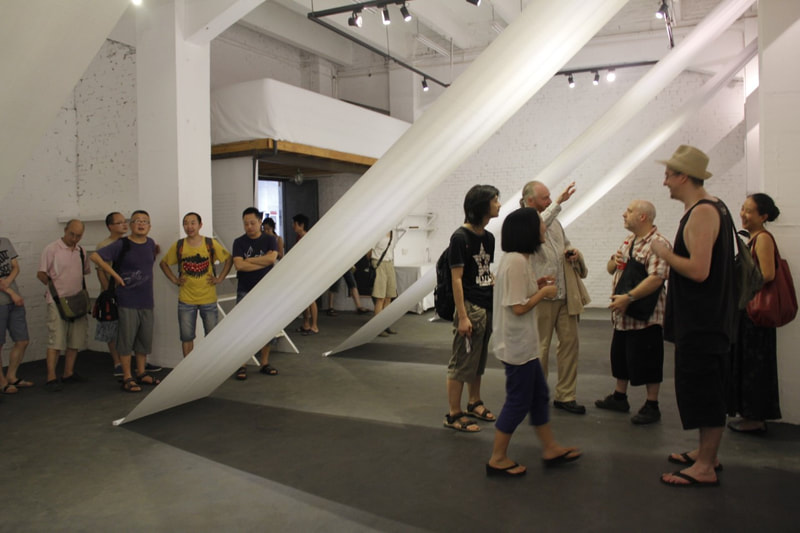 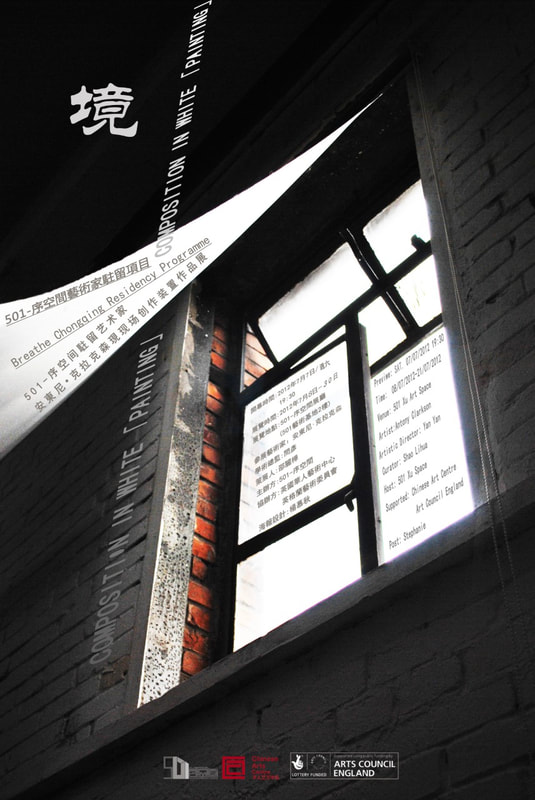 This however being an art gallery, and one in pragmatic 21st century China, the windows are constantly covered by vinyl/canvas blinds which do their best to cut out both the bird song and especially the daylight. On engaging with the space over several visits at all times of the day and night I became more and more aware of how much I wanted to draw attention to the windows and the light; indeed, I became fascinated with the idea of “drawing” the light back into the space; I wanted to pull it into the space much as I do as a painter when I pull oil paint across a canvas.

​When uncovered these windows supply ever changing moods into the gallery as the weather outside varies. However the one constant during the daylight hours, even on the dullest days, was the angle of ambient cast onto to the walls and floor. only lost during the hours of darkness. These shafts of light  became the focus of my attention, I wanted to draw attention to their value rather than keeping them out with blinds. Whilst considering the relationship between this light and the preexisting blinds I realised that by pulling the blinds to the angle of the ambient glow that rather than block the light out  I could instead draw it into the space. Once again, my mind considered the available materials, the space, the light, the windows and the blinds covering them. Everything else in the space was an addition and I striped them out of my thinking. This finally led to the removal of the original blinds and the construction and anchoring, or the new “blinds” that echo and follow the line of the ambient light as it is cast into the space. Freezing the glow into 6 brushstrokes of solid light painted across the canvas of the gallery.